In this time-travel film a “looper” is a hired killer for criminals of the future who send back the people they want executed. Not too surprisingly one of those sent back has the plan to prevent being caught by killing the person responsible for his apprehension.

The film is alright. The story is not too original with all the time-travel films that have been released and there are no big surprises except for the obligatory one at the end.

Not a bad film, but it need not to be very high up your watch-list. 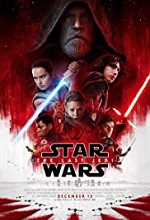 A good guess, this film. “The Brothers Bloom” is a wonderfull, subtle and intelligent comedy reminding of a film like “Big Fish“, a British kind of humour. Two brothers make a living by swindling, the history of the couple is given in a hilarious opening sequence. The film slows down in the present time when they found another victim, a wonderfull part of Rachel Weisz. The story starts to twist and turn making room for funny situations and good wordplay. A very nice comedy!

Hm, two not too great choices for this weekend I’m afraid. I wonder why I “Brick” was in the arthouse section. It is a detective/thriller about somebody who wants to help his ex-girlfriend and starts poking in the world of heavy drug criminality loosing the girl in the process. “Brick” has an alright story line and well built-up tension, but arthouse…? What is a big bummer too is that it plays on a highschool and all characters are teenagers. The “hero”, his girlfriends, the “muscles” all the way up to the almighty drug baron who runs his empire from his mother’s basement. The capital crime is telling the school director about the drug involvements of a class-mate, yet the high-drug-cheeses fear no tortures or executions. Not very credible. “Brick” might have been an alright crime film for a drowsy tv evening, had the setting been a more logical one. As of now I can only conclude that the film itself is just above medium level, but the highschool setting makes me give a lower rating.
-2-