I am finally reading Maria Kvilhaug’s 2004 dissertation The Maiden With The Mead. In her introduction, Kvilhaug says:

There are, for example, three different versions of the poem Voluspá, all with rather fundamental differences from each other.

I never really thought about that. As probably many others I took it that what is printed in our Eddas as the first poem Völuspa is the text that comes from the Codex Regius that that was found in 1643 and probably compiled in the late 12th century. Many translations and translations of translations have been made, so it is sometimes hard to say which of the modern translations are anywhere close to the original text. Kvilhaugs remark brings another problem: if there are “three different versions” are the texts that we know all based on the same source?

In order to be able to better present the information that I gather, I created a new website. This can be found at Farwerck.nl. 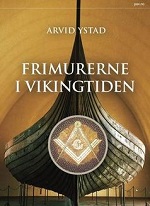 In September 2016 I spent almost two weeks in Iceland. This holiday destination was not just a random country. Since I think that more people with ‘heathen interest’ play with the idea of visiting the country where the Eddas and sagas were written, I wrote this text. On one hand I want to give some information that I had quite a hard time gathering myself. On the other hand I want to give you an idea of the country so you may know what to expect. Of course the story is personal and based on just two weeks in late summer.

Let me start with the part that just may be most interesting for you. If you go to Iceland with a ‘heathen interest’ there are things to consider visiting. I had to search high and low for information about some of these things, so when you read this before you go, you may not have to (or less so).

As you may know, in Iceland the prechristian faith is an acknowledged religion. There is one organisation: Ásatrúarfélagið (‘Asatru association’), and it has around 3000 members. This may not sound much, but when you realise that the whole of Iceland has 300.000 inhabitants, that gives a bit of perspective. Also, in my own 18 milion inhabitants country, we do not come anywhere near the Icelandic figure.
For some reason the Icelanders managed to stay in one organisation without splitting up, people starting their own groups, etc. They find that perfectly logical themselves. The Ásatrúarfélagið is not a very ‘strict’ organisation. Its members include people who just like to walk around in Viking cloths to “Goðar” (around 30) and everything in between.Read More »Ísland 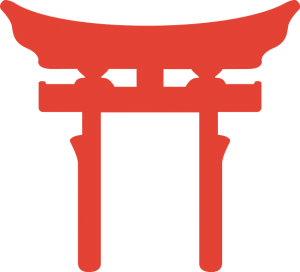 Shinto does not have a ‘start date’ or an ‘inventor’. It is regarded the original religion of Japan, that of the indigenous people (the Jômon). Ironically, the term “Shinto” is actually Chinese. It consists of two symbols and means something along the lines of ‘way of the kami’. The term was only invented in the 15th century, probably to tell it apart of other religions that had entered Japan. The lesser used Japanese term is “kami-no-michi”.Read More »Inspiration from Shinto?

This text was first published in “Mímir – Journal Of North European Traditions“, edited by Gwendolyn Taunton and published in July 2012 by Numen Books (isbn 0987158147) under the pen-name Roy Orlogstru.

René Guénon (1886-1951) wrote about a Source of all. This Source can have many names ranging from God to Ginnungagap. The expression of that Source in the world that we live in, can be described as the “primal law”, the order of things. That “primal law” can, again, have different names. Tradition (with a capital T), sophia perennis, religio perennis or a term that Guénon often used, Sanatana Dharma. All terms refer to some kind of primal ‘knowledge’, or in the latter case, a primal law. In the Northern European traditions, there is also a term that literally translates as primal law: Örlögr. In this short article I will investigate this term (and other terms) and its usuage in different texts, old and new.

The term Örlögr is written in different ways. This is caused by different ways of how authors translate old characters with accents that we do not know anymore to something better ‘typable’. The best-looking way of writing the word, in my opinion, would be “Ørlögr”. Actually the second ‘o’ has a dot below. Neither ‘o’ can be typed easily. This is why I prefer the spelling “Örlogr”.Read More »The primal law

For years I have worked on this longer version of the article with the same name that I published here in september 2008. I have tried to have it published, which eventually succeeded because of the friendly help of Gwendolyn Toynton/Taunton. This text was first published in “Mímir – Journal Of North European Traditions“, edited by Gwendolyn Taunton and published in July 2012 by Numen Books (isbn 0987158147) under the pen-name Roy Orlogstru. As of March 2013 I make my text available in PDF and Epub format. I am not entirely happy with the Epub file. It contains some errors due to conversion and the image looks like crap, but it is readable and the best I manage to make at the moment. These files can be copied and spread freely unaltered, but not be republished without my permission. If you have questions or wish to comment on the text,… Read More »Traditionalistic Asatru to download 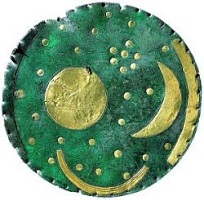 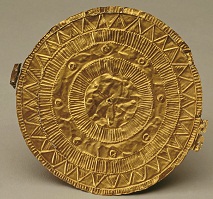 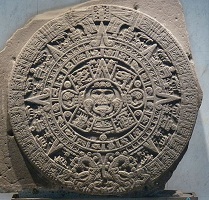 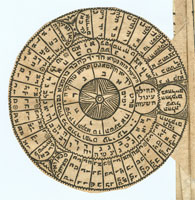 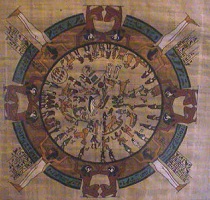 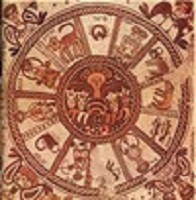 Last week during holidays we visited the German city of Halle where the Nebra skydisc is presented in the “Landesmuseum für Vorgeschichte” (“national prehistoric museum”) along with the other items that were found with it and much more prehistoric artifacts. We also visited the Arche Nebra visitors centre in Nebra, where the disc was found, but that was not too interesting. Nearby there is a ‘sun observatory’ (like Stonehenge) in Goseck, the two are in some ways connected. The Nebra disc is 3600 years old. It depicts what appear to be a sun and a moon and stars. Later the strips on both sides were added (and the left one again lost) and the bow at the botton of the disc. There is a lot to say about the disc, things that you can probably find elsewhere on the world wide web. The crescent would be a ‘third phase’ crescent and when this phase appears together with the Pleiades in the morning sky at the summer solstice, this means that the current year is a leap year (every third year is one) and a month has to be added in order to have the moon-months and sun-years correct again. The arcs on both sides refer to the solstices and the arc on the bottom could be a bark floating between both solstices. This is not what I wanted to write about though.Read More »A Godless heathenry?

Asatru in the Low Countries

There seems to be a tendency among scholars to investigate temporary paganism. There are people who say that paganism is the world’s fastest growing religion. I am currently reading Michael Strmiska’s Modern Paganism In World Cultures with essays about Romuva (Lithuanian heathenry), pagans in the US military, Irish modern druids and Asatru in Northern America and Iceland (among other essays). I also know of books about current German paganism (but not like Strmiska’s book) and I know about an anthropology student who investigated the Flemish group that I am involved in (but I never saw the result). Since there seems to be nothing (but information of antifa groups) available about Dutch and Belgium Asatru, I thought to write a little introduction for investigators who may be unfamiliar with nowadays heathenry in the Dutch-speaking part of Northern Europe.Read More »Asatru in the Low Countries